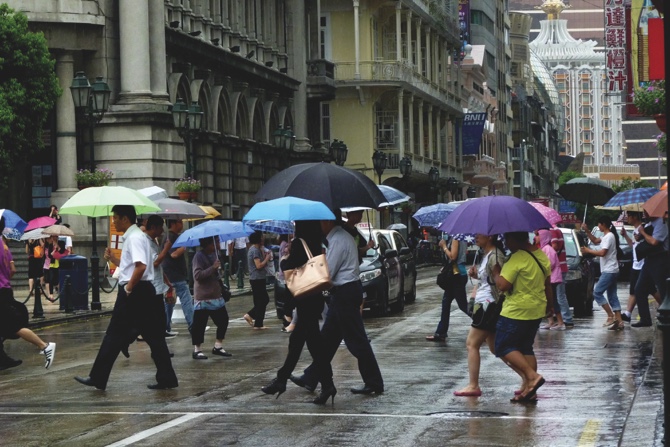 The tropical cyclone Noru, located east of the Philippines, will enter the South China Sea today and gradually intensify, according to the Meteorological and Geophysical Bureau. It is expected to move westward across the central part of the South China Sea, and will maintain a distance of about 700km south from Macau, moving generally towards Vietnam.

Coupled with the influence of the southward-moving northeast monsoon, the bureau warns that local winds will reach wind force 6 occasionally, starting from tomorrow, with occasional showers. Meanwhile, another low-pressure area will develop over the South China Sea later this week, with a possibility of developing into a tropical cyclone.

In Hong Kong, its weather bureau expects that its direct threat to the territory is “not high.” However, under the influence of the northeast monsoon, east to northeasterly winds will prevail in the territory tomorrow and Wednesday.

The powerful typhoon slammed into the northeastern Philippines yesterday and was barreling across the main Luzon island toward the capital in a densely populated path where thousands have been evacuated to safety.

With sustained winds of 195 kilometers and gusts of up to 240 kph, it was expected to weaken slightly when it hits the Sierra Madre mountain range but will remain dangerously ferocious, forecasters in the country said. LV